On The Cover of Digboston 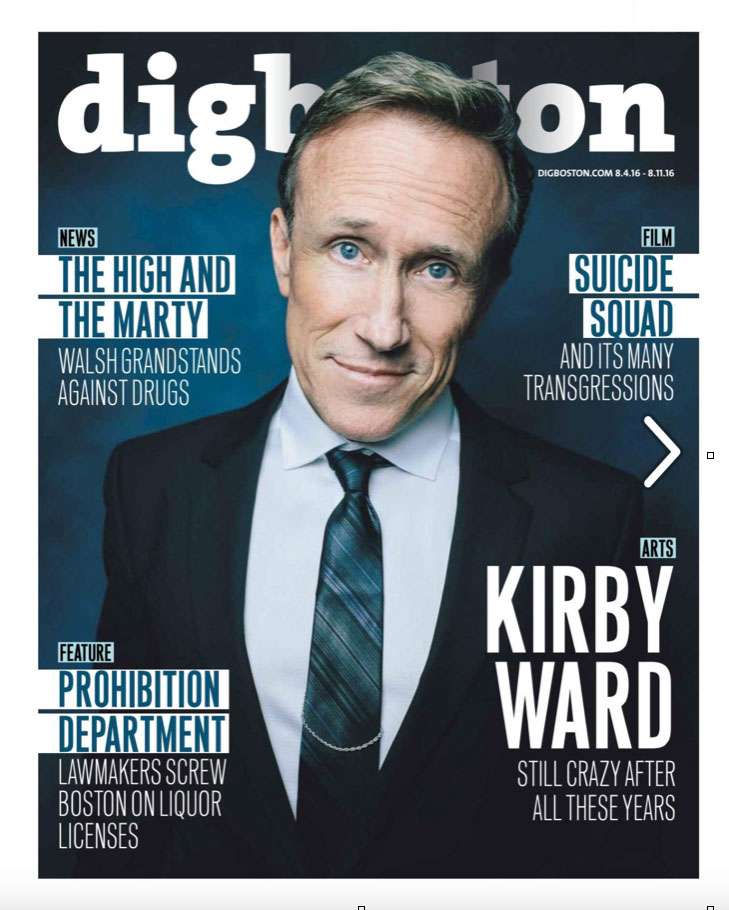 Reagle Music Theatre in Waltham MA closed their 48th summer season with Crazy for You, the Gershwin’s 1992 Tony Award winning Best Musical that ran for over 1,600 performances and launched the career of choreographer Susan Stroman.

Since I was recreating my performance of Bobby Child for that production, a role I’d originated in the 1993 London West End company, DigBoston decided to put me on their cover and do an article on me. Not only was I stepping back into Bobby’s shoes, I was also directing the show and recreating Stroman’s brilliant Tony Award winning choreography in the process.

Still 'Crazy' After All These Years

Two decades after creating the role of Bobby Child in the West End, Kirby Ward brings Crazy for You to Reagle

It’s been about 20 years now since you originally played Bobby.

What does it feel like to return to the show after all these years?

It reminds me of how much I loved doing it. It just brings back all of the memories of my time in England and all of the great experiences that I have associated with the show. It’s like putting on your favorite comfy, old pair of shoes.

Now you’re not only playing Bobby again, but you’re directing the show. How much of the original production are you honoring here?

You can’t beat that, though.

What did it feel like to see all of that stuff again?

Oh, it’s really fun. It’s just like I said, very nostalgic. This show brought me to London. I had an opportunity to meet the Queen of England; I got to play tennis with Prince Edward. It was once in a lifetime.

How does it feel to return to Susan Stroman’s choreography?

You really have your fingerprints all over this role.

I do! I do. They really wanted to highlight everything that I was able to do. Everything I knew how to do, everything they saw me do, they found a way to work it into the material, which was really fun, because now 20 years later, I’m going, “Oh, that’s right, I remember that!”

It’s hard to say. You look now at what’s going on with Hamilton, it’s really exciting because when you look back to the ’50s and ’60s, the music that they were writing for musicals back then was popular music of its day. I think that at a certain point, Broadway kind of got away from popular music, and so to see something like Hamilton, which is bringing popular music back to Broadway, I think that’s really a great trend and I hope that we see more of that. But there are a lot of differences in terms of the casting structure. In the old days, if you wanted to audition for a Broadway show, you could show up and be seen and possibly get cast. When I was young, you’d see the audition in the trades and say, “I’m going to go for that audition.” You’d go and the director and choreographer would be there and they would see you audition. Nowadays, you show up and the casting director might have sent their assistant to run that audition. The people auditioning don’t even get to be seen by the director or the choreographer. They’re screened maybe three or four times before they actually get into the room with the real director.

You were talking about how Broadway got away from pop music, but Crazy for You is a great celebration of old-fashioned pop hits.

Yeah, pop hits from the ’30s absolutely. That’s what was so revolutionary. The music is just glorious. Now you look at it and go, “Aw, all those corny old songs.” In the 1930s, this was the new, cutting-edge stuff.